Mr. Goodman co-founded HPC and serves as its Executive Chairman. Prior to HPC, Mr. Goodman was a Co-Founder of GSO Capital Partners (“GSO”), the credit arm of The Blackstone Group (“Blackstone”), where he focused on the management and growth of an investment platform with over $125 billion of assets under management. Before GSO, Mr. Goodman was the Managing Partner of the Alternative Capital Division of Credit Suisse. Mr. Goodman joined Credit Suisse when they acquired Donaldson, Lufkin & Jenrette (“DLJ”) where he was Global Head of Leverage Finance and PE Sponsor Coverage. Mr. Goodman joined DLJ as the founder of their High Yield Capital Markets Group, having started his career in the high yield business at Drexel Burnham Lambert.

Mr. Goodman currently sits on the board of Lincoln Center, the Whitney Museum of American Art and the Central Park Conservancy. Mr. Goodman previously served on Blackstone’s Board of Directors. He received Institutional Investor’s 2012 Money Manager of the Year Award and the 2004 Lifetime Achievement Award from Euromoney Magazine for his career achievements in the global capital markets.

Mr. Kalichstein co-founded Hunter Point Capital and serves as its Chief Executive Officer. He has been engaged in over $8 billion of principal transactions in the financial services sector.

Most recently, Mr. Kalichstein was a Managing Principal at Easterly LLC (“Easterly”), which focuses on investing in and building investment management firms. Easterly invested in several private and public investment management businesses, including a government properties-focused REIT, a $200 million SPAC, and several privately-held investment management firms. At the time of his departure, Easterly’s private affiliates held over $5 billion in AUM. Before Easterly, Mr. Kalichstein launched Solel Investment Group, which created joint ventures to invest over $1 billion in consumer and commercial credit opportunities.

Previously, Mr. Kalichstein was a Managing Director at J.C. Flowers & Co. (“J.C. Flowers”), where the team built a pre-eminent financial services-focused private equity firm, growing the firm to over $10 billion in AUM during his tenure. Prior to joining J.C. Flowers, Mr. Kalichstein served as Head of Corporate Development at Shinsei Bank in Japan. Mr. Kalichstein began his career in the financial institutions group at Goldman Sachs & Co.

Most recently, Mr. Arpey served as Global Head of Investor Relations at The Carlyle Group (“Carlyle”). Mr. Arpey joined Carlyle in 2010, and over the course of ten years, built and operated the Investor Relations team on a global basis. Under his leadership, this team raised over $200 billion through continuous capital raising for funds and separately managed accounts across private equity, credit, infrastructure, and real estate, including numerous first-time strategies.

Mr. Arpey earned his B.A. from St. Lawrence University and his J.D. from the Dickinson School of Law.

Most recently, Mr. Chung served as the Head of Asia for EIG Global Energy Partners where he was responsible for sourcing investments, raising capital, leading co-investments, and oversaw its offices. Prior to joining EIG, Mr. Chung spent eight years as Head of KKR Capital Markets Asia Ltd., Director of KKR Korea LLC, and Head of the Client and Partner Group for Asia where he helped launch numerous first-time strategies including infrastructure and special situations platforms. During his tenure, the team raised continuous capital for funds, co-investment opportunities, and separately managed accounts across private equity, credit, infrastructure, and energy. Prior to joining KKR, Mr. Chung spent 16 years as a Managing Director at UBS Investment Bank and its predecessor firms (SG Warburg) across capital markets, distribution, and syndication based in New York, London and Hong Kong.

Mr. Chung also serves as a trustee on the advisory board of several nonprofit organizations, including the Trinity School NYC, the Korean American Community Foundation, and Greenwich Academy.

Mr. Chung holds a B.Soc.Sc. from the University of Ottawa and an M.A. from the Graduate School of International School of Yonsei University.

Mr. Coleman spent almost 33 years at CitiGroup, most recently as Chairman of Citi’s Global Asset Managers Group. At Citi, Mr. Coleman provided a full range of investment banking services, including strategic advisory, debt and equity financing and mergers and acquisitions advice, to a broad array of clients, including fully diversified global alternative asset management firms as well as pure-play private equity firms and their respective portfolio companies, sovereign wealth and pension funds and family offices. Over his 30+ year career Mr. Coleman has built an extensive number of relationships with many of the world’s leading global and regional alternative asset and private equity firms. Mr. Coleman has a breadth of transaction experience across all investment banking product lines and has been involved in some of the most significant transactions in the alternative assets and private equity sector. He has also been at the forefront of the evolution of the alternatives sector, having worked with some of the world’s most prolific sponsors on many of their groundbreaking transactions.

Mr. Coleman joined Salomon Brothers in 1988 after receiving his M.B.A. from the University of Chicago Booth School of Business. Prior to attending Booth, Mr. Coleman was a tax accountant with Arthur Anderson in New York. Mr. Coleman also served as the Co-Chair of the Tri-State Advisory Board of Jumpstart, a national early education organization from 2013-2017.

Most recently, Ms. Bricker served as the Global Chief Financial Officer at The Rohatyn Group (“TRG”), a leading emerging markets asset manager with over $5 billion AUM. Prior to joining TRG, Ms. Bricker was the Chief Financial Officer and Chief Compliance Officer at Tower Three Partners, an operationally-focused middle-market private equity firm, where she was tasked with building an organization to support larger institutional funds.

At Tower Three Partners, Ms. Bricker leveraged her track record from her 15-year tenure at Harvest Partners (“Harvest”), a middle-market private equity firm. At Harvest, Ms. Bricker led the finance, operations, compliance, investor relations, human resources, and administrative functions, which she scaled over time as the firm institutionalized, integrated adjacent strategies, and assisted in growing AUM to over $2 billion at the time of her departure. Ms. Bricker began her career as an auditor at PricewaterhouseCoopers LLP, in the firm’s capital markets practice.

Ms. Bricker is a founding board member of the NY Private Equity and VC Chapter of the Financial Executive Alliance.

Ms. Bricker holds a B.B.A. in Accounting from Hofstra University and is a New York State Certified Public Accountant.

Ms. Richards earned her B.A. from Northeastern University and her JD from the University of Michigan Law School.

Most recently, Mr. Hamner served as a Partner at AlpInvest Partners, a Dutch private equity investor purchased wholly by The Carlyle Group in 2013.

Previously, Mr. Hamner was a Managing Director and Partner in the Customized Fund Investment Group at Credit Suisse, a leading private equity asset manager with over $45 billion in managed assets during his tenure. Mr. Hamner sat on the Group's global investment and operating committees. He was responsible for sourcing and underwriting private equity fund and co-investments, managing domestic and international client accounts and covering the Group's private company investments and fund managers. Over his 10-year tenure, Mr. Hamner developed and managed eleven client mandates totaling over $4 billion, directly raised over $2.25 billion in new mandates and led underwriting on 35 private equity fund and company investments totaling over $2 billion.

Mr. Hamner began his professional career in 1999 as a corporate attorney with the global law firm Akin Gump in New York. Mr. Hamner worked with private equity, hedge fund and banking clients at Akin Gump until joining the DLJ Private Equity Group at Credit Suisse First Boston in 2003 in an investment capacity.

Mr. Hamner holds a BA from Southwestern University in Georgetown, Texas and a JD with honors from Boston University School of Law.

Mr. Blaney previously served on the investment team at Easterly Partners Group, a private investment firm focused on investing in and building investment management firms. He was responsible for originating, underwriting, and structuring minority and majority equity and debt investments in a variety of asset management firms. Mr. Blaney also provided deal execution for Easterly Acquisition Corp., a NASDAQ-listed special purpose acquisition company (SPAC) that completed a merger with Sirius International Insurance Group in November 2018 at a $2 billion equity value.

Prior to joining Easterly, Mr. Blaney served as an associate at Lineage Capital, a private equity firm specializing in buyouts of owner-managed and family-controlled businesses. Mr. Blaney has also worked at M.M. Dillon & Co., a boutique investment bank, and as a credit analyst at Bank of America.

Most recently, Mr. Sarraf served as a corporate associate at Fried, Frank, Harris, Shriver & Jacobson LLP, focusing on mergers and acquisitions and private equity transactions, and has extensive experience working on GP stakes transactions. He graduated from George Washington University with a B.A. in History in 2008, before earning his J.D. from the University at Buffalo School of Law. 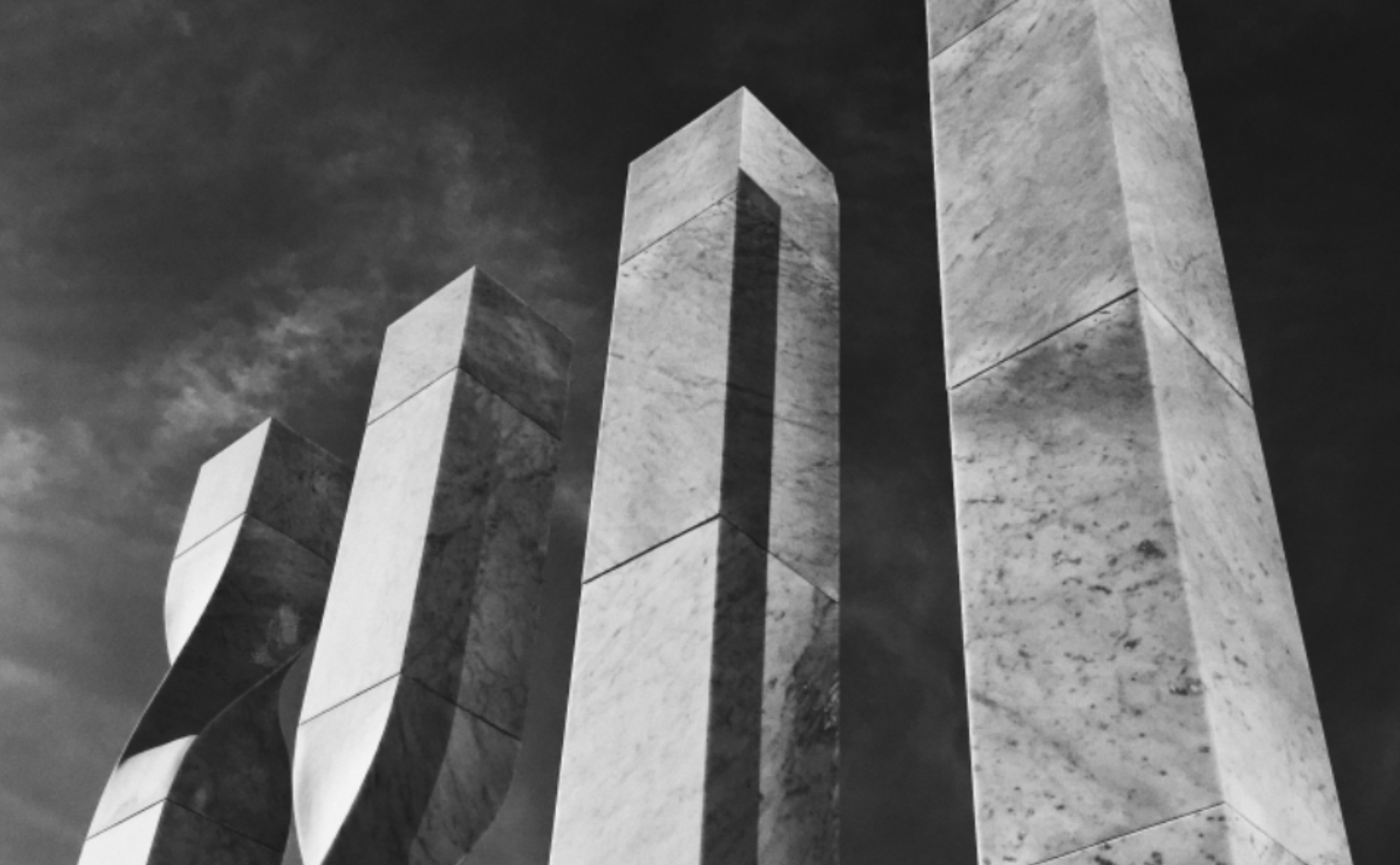